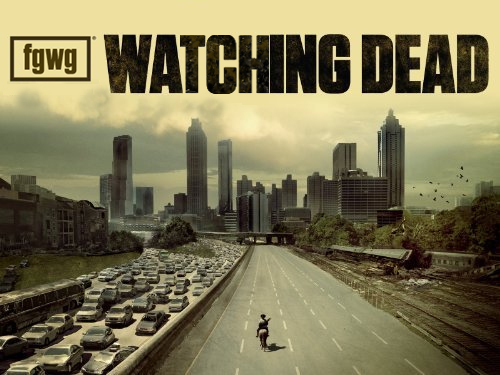 So, another half-season of The Walking Dead has come and gone.  The season 4 premiere aired on AMC 8 Sundays ago to the largest audience for any cable TV show ever.  I was one of the millions tuned in, and honestly, despite being thoroughly disappointed in the Season 3 Finale, I have to say I really enjoyed it.  My excitement held up, for the most part, throughout the 8 episodes.  Only one episode could really be called “bad”, and that was a necessary evil.

Obviously, if you continue on to read this, it’s going to be full of both flavours of spoiler, comic & TV.  Don’t read any further unless you’re caught up, or give no fucks.

This season came out swinging.  The first episode was extremely interesting.  Several new characters were introduced, and we caught up with the existing characters.  Very rarely has a tv show or movie combined action and exposition as well as “30 Days Without an Accident” did.  Everyone, even characters that could have (arguably) been called outright boring got a little bit of screen time, and a little extra bit of character development…  all without putting me to sleep.   Tack on some kind of virus, and a slew of zombies falling through a rotten ceiling, and you may just have the perfect season premiere. 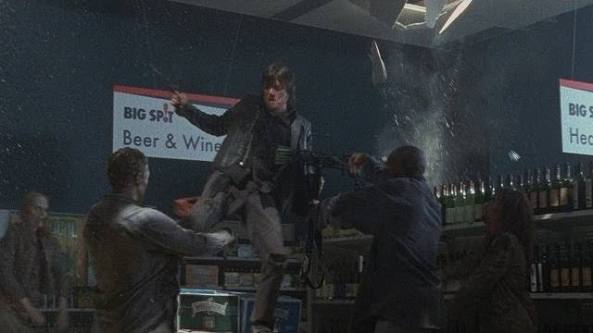 Clean Up in Aisl–
No. I will not make this joke.

Interestingly enough, while watching this episode I finally accepted that Kirkman’s comic book had been thrown right in the garbage.  By episode’s end, I was excited at their new direction, and was perfectly fine that the likelihood of ever seeing really strong parallels between show and book was in line with the likelihood of me being called up by the show’s casting director to cameo as that Goalie Mask wearing psycho, Humungus, from The Road Warrior.  As it would turn out, by episode 8, there were so many of those slightly altered nods to the source that I was digging out my goalie mask & speedo, waiting for that cameo call. 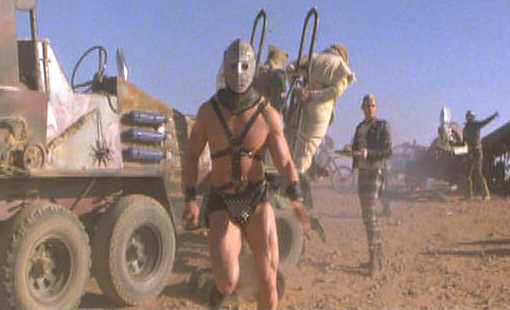 If it ever happens… Just walk away.

The following four episodes just get better and better.  There’s lots of tension, and gore, and great characters.  Everything that one should be looking for in a zombie apocalypse show is there.  The idea of a flu, or infection, or what-have-you is a pretty fresh take.  I can’t think of any other movie/show where an illness ends up threatening the survivors in an End-of-the-World scenario… at least not one that wasn’t the initial problem to begin with.  Then, some characters are taken down a path that’s very similar to their comic stories, while others go off in completely different directions.  All the while, some lesser used characters like Carol, Beth, Tyreese and Hershel see some great development themselves, while some of the other main players like Darryl, Glenn and Maggie take a back seat.

I was very excited to watch this nod to Tyreese’s Gymnasium scene.

The first five episodes of the season are so strong that they actually end up making the sixth episode, “Live Bait, Or, How T-Govs Learned to Stop Worrying and Love the Ladies”, look and feel completely shitty by comparison.  See, the real problem with Ep. 6 is that it’s a slow set up, and character driven, hinting at the redemption of a character everyone wants to hate.  It didn’t help that happened the week after one of the best episodes of the show, “Internment”.  If there’s ever an episode of Game of Thrones that’s almost exclusively devoted to Cersei trying to turn over a new leaf, I expect it will be met with a similar reception.  Especially if the week before is an episode devoted to Tyrion being crowned King of the Iron Throne, finding Tysha, and banging her and Shae simultaneously on Balerion’s skull.

But “Live Bait” is a necessary evil, setting up the much stronger 7th and 8th episodes of the season.  Episode 7 really sets T-Govs apart from his comic counterpart.  Sure, he’s crazy again, but you can almost understand his reasoning.  He loses confidence in Martinez’ ability to lead, and make the tough choices.  Same for the sub-in that follows him.  Sure, he probably should have talked it out… but waiting that long could have cost lives.  Or maybe, T-Govs was just pissed at the Martinez putting him in the caddy position.  Of course, by ep. 8, it’s clear that he really is more about vengeance than preservation… and that brings him right back in line with his comic book counterpart. 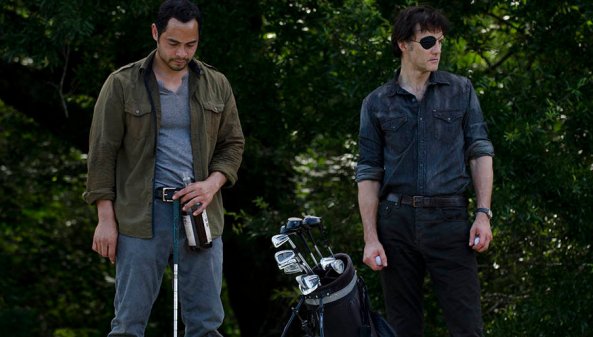 Hurry up and die, so I can play.

Of course, Episode 8, “Too Far Gone”, ends up being the best episode of the season, maybe the entire series, thus far.  It’s a perfect combination of new and old.  Since they’ve botched so many other perfect opportunities to praise the source, I was terrified that T-Govs wasn’t going to use the katana.  Season 3’s finale pissed me off so badly because I felt (and still feel) they missed a huge opportunity.  But to lose Hershel that way was almost as gut-wrenching/satisfying… a feeling which, from here on out, I shall call “satiswrenching”. 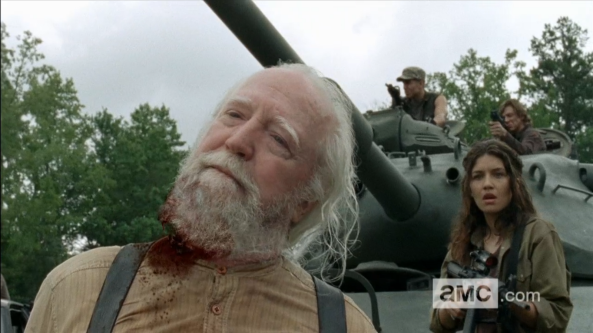 No. Not Gutisfying. That’d be something completely different.

So… good on you, The Walking Dead cast and crew.  This first half of the season has been fantastic.

What’s that?  You always turn out at least half a season that’s fantastic? 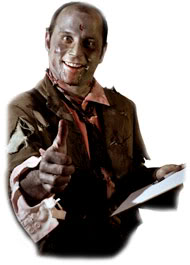 I believe in you. Seriously.
Please don’t fuck this up.